The Autonomous Orthodox Metrópolis of Ecuador and All Latin America, through its members and under the canonical protection of His Eminence, Metropolitan Chrysostomos, make this formal, public statement on their criteria and concepts concerning the Orthodox community, both in general and in particular, to remove doubts or misunderstandings, and therefore states:

1.) We believe and confess that the Holy Orthodox Catholic Church, is the ONLY CHURCH revealed by God through His Son Jesus Christ incarnate, and is not a creation, nor product of the human mind. All we know about how we should be and act in this Church founded by Jesus Christ was preached by the Apostles, who left to us Holy Scripture and Holy Tradition, and confirmed by the Holy Ecumenical Councils, where the bishops are the legitimate representatives of faith lived by the Christ-loving people who, in different ecclesial experiences, sought to unify and teach forever a single doctrine. In many cases this defense of the authentic faith that is so true and unchanged through the centuries, had to be marked and sealed with the blood of martyrs.

2.) Therefore, the original immutable and Orthodox faith, lived in our community faithful to Christ, expresses itself fully to us in the Orthodox Church, which is the true purification, illumination and glorification of every human being approaches Her and voluntarily asked to be part of Her. To meet these purposes, we argue that only by following the teachings of Christ (which became flesh and made these teachings, as a man and true God), his Apostles and the ancient Holy Tradition of the Church, the fullness of Life is reached. Therefore they can not be true followers if you remove or add anything to that teaching, and further the teaching that the Saints of the Seven Pan- Orthodox, Ecumenical Councils adopted over the centuries careful that those teachings are not changed or misinterpreted. So we accept and revere every one of the teachings of the holy and Ecumenical Councils held in the presence of representatives of all Christian communities of those times. Also we accept and revere the decisions of the Quinisext Council of 692, the First-Second Council of Constantinople held in 879 under St. Photios the Great, and the Tomos of the Synod of Blachernae given in 1351 under St. Gregory Palamas and the Holy Patriarch Kallistos I. We also revere and obey the decisions of the Pan Orthodox Holy Synods of 1583, 1587 and 1593, which condemn the &quot;New&quot; Calendar (instituted by Pope Gregory XIII in 1582). And in addition to the above we accept and recognize as a monument to the Ecumenical Orthodox Catholic Faith, the Patriarchal Tomos, 1756 on the Baptism of the heterodox, and also to the Sigillion of the Synod of 1848 issued by the Patriarchs of the Christian East.

The mission of the Orthodox Metrópolis Autónomous of Ecuador and Latin America, is therefore among the faithful to continue the mission entrusted by Christ to his Orthodox Church and thus means to convey Divine grace (by which every human being can acquire and participate through the Holy Mysteries of the Church), the correct and complete confession of the Orthodox faith, and a continuous living of the commandments of God, offering the faithful a state of spiritual perfection, which we call sanctification and glorification, in unity with Him.

3.) The Orthodox Church is the One, Holy, Catholic and Apostolic Church. Therefore, do not recognize any heterodox church or religious community outside Her as a parallel expression of Catholic faith or continuation of the Church of Christ and the Apostles. We confess one baptism and the Eucharist, as Christ is one hypostasis, i.e. one Person. The Orthodox Church fulfills its mission of salvation for human beings through the Orthodox Faith, their actions, their vision, but above all by achieving the highest communion between God and man through the Divine Eucharist.

We believe that there is no division or splitting of the Catholicity of the Church as preached by the heresy of Ecumenism, distorting and corrupting that proclaimed by the true faith and tradition. We believe there is currently a move away from authentic Catholicity because of members who have fallen into error, or have separated from the original body of the Church. We therefore believe that ecumenism as conceived today is a great temptation for the Orthodox, who are called to imitate Christ in the desert and reject Satan, resisting the temptation to gain &quot;favors&quot; or &quot;glory&quot; , by way of &quot;the kingdom of this world&quot;, in exchange for his soul. For all the foregoing that the present concept of ecumenism has led to the error, and heresy to many Orthodox, who believe that the Church of Christ &quot;need&quot; to join with others who have fallen into error and are no longer part of the one Church of Christ in order to be stronger before the world, forgetting that the strength comes from God and not of earthly powers. We also believe that true Christianity to be far removed from that widespread spirit that now believes that everything is equal, and end up in syncretism, all because of the profound ignorance of the truth, as well as the experience of mediocre, and therefore unorthodox spirituality.

4.) Consequently, the Orthodox Metrópolis Autónomous of Ecuador and Latin America continues the Holy Tradition of the truth of the Orthodox Catholic Church with no innovations, and revere the holy strength and sacrifice of our predecessors who gave us this faith unchanged. We pray for Christians who are part of the new calendar to return to the sacred tradition taught by the Holy Ecumenical Councils, so that the fullness of communion restored between Orthodox Christians follow the sacred canons, and a single orthodox confession of faith. The calendar change was instituted by the Ecumenical Patriarchate of Constantinople unilaterally in 1924, starting with Greece being forced to adopt first to it, and then in other countries of the Orthodox tradition. Thus the process was uncanonical, and anti-Catholic against the leaders of local churches who simply imposed on them, and was also an act contrary to the ecclesiological principles of being Orthodox. The original unity of the Church has always expressed through the use of a single calendar, which was determined and expressed in the First Ecumenical Council, maintaining a single structure in relation to the liturgical calendar. The calendar change also affected the harmony of the outward signs of the Church, and ended up causing an adjustment to the parties of the heterodox churches. As well, changing the calendar came from a secular mindset– which always wanted to adapt to the West and considered the East as inferior– , in an era where there was a national disaster in Greece.

5.) The Orthodox Metrópolis Autónomous of Ecuador and Latin America is not affiliated or incommunion with those churches that have accepted the calendar innovation (i.e., that have adopted the Gregorian calendar used by the Vatican), also has no relationship or fellowship with those churches that have fallen into the pan-heresy of Ecumenism. We recognize that in the early stages of the creation of our Archdiocese we admitted the use of the new calendar, as we began our life of faith under one set of Christians who used the new reckoning; however the experience of Orthodoxy, and the study and love of truth, has led us to make this final choice towards the full and authentic experience of the Orthodox faith, that is in intimate union with the application of the Orthodox calendar.

7.) At recent the call of some leaders to a possible Pan-Orthodox council, the Orthodox Metrópolis Autónomous of Ecuador and Latin America, despite its few years of existence, and its small number of faithful (but larger in Latin America than the presence of any the self-proclaimed &quot;canonical churches&quot;) believes that this call, although by he who holds the title of &quot;Ecumenical Patriarch&quot;, is suffused with a new series of heretical tendencies, such as ecumenism, and we believe that for now that this the wrong time for that call– as there must really be a return to the free practice of the Orthodox faith after years of atheist oppression, as well as the reality of the reshaping of local churches in many countries. We believe as well that behind this call, there isn&#39;t a principle of respect for the unity of Orthodoxy, as those have been called upon to participate are ONLY those who are considered &quot;canonical&quot; or recognized by the ecclesiastical powers that have now gained their power in relation to new heresies: &quot;Sergianism&quot;, &quot;Ecumenism&quot;, “phyletism”, completely ignoring the Orthodox communities, which for many reasons are not in full communion with the powers that be, and whether their ecclesiological principles, or because relatively new, have been ignored, thus making this call not the whole of the Orthodox Church, but only to certain stakeholders. Therefore we consider this call as invalid, incomplete, or at least hasty.

8.) The Orthodox Metrópolis Autónomous of Ecuador and Latin America, imparts the Holy Mysteries and teaches its faithful members, according to the ancient Orthodox tradition. The Orthodox Church has always recognized only as valid, effective canonical and the Mysteries made within Her. Therefore, those outside the Orthodox Church (ie the heterodox, and non-Christians) who wish to become members of the Church, are accepted after they have rejected every heresy (especially those into which they have fallen) and receive baptism and anointing, except in cases where ecclesiastical economy has been permitted by the Holy Canons.

9.) We add in conclusion that the Orthodox Metrópolis Autónomous of Ecuador and Latin America, preaches the Gospel of our Lord Jesus Christ, and seeks to evangelize and re-evangelize in the traditional Orthodox Faith to every human being regardless of race, color or religion. And She considers the experience that during Her years of existence, of many who immigrated from Orthodox countries, for various reasons, that most have a lack of knowledge of their own faith– considered so indispensable– , and considers that faith should be taught without distinction, to help deepen Orthodox values, to avoid falling into a mere ritual, or worse a ecclesiastical &quot;chauvinism&quot;, which are the fruits of ignorance and lack of depth in knowledge of the faith. Obviously in the territory that God has given us, the Orthodox Church has a mission to perform, and aims to impart the light of Orthodoxy to those who allow it, without being fanatical proselytizing, which is quite contrary to true Evangelization, which begins by example. 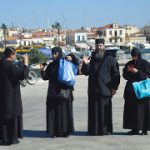 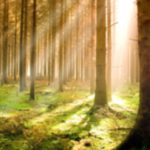 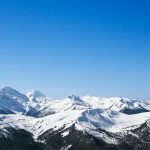